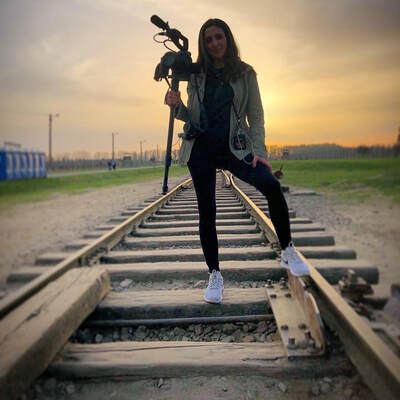 ​Dana Arschin is a 2X Emmy Award-Winning reporter who joined the Fox 5 News team in August 2016. She previously worked as a general assignment reporter for News 12 The Bronx/Brooklyn, where she shot, wrote and edited all of her stories. During her tenure at News 12, Dana won a NY Emmy Award for her reporting on the city's cleanup efforts in Brooklyn during the 2014 snowstorms. She also won first place two years in a row at the NY Press Club Awards for her reporting in Brooklyn. In 2018, Dana traveled to Poland to learn more about her ancestors murdered in the Holocaust. She shot, wrote and produced three short films on her journey for Fox 5. Dana won her second NY Emmy award for one of those films, entitled The Forgotten Camps.

Dana grew up on Long Island, where she discovered her passion for journalism at a young age. She made her broadcasting debut in the fifth grade, reporting for her elementary school's first-ever news station— Jackson Broadcasting Kids.

During her free time you can find Dana teaching flying trapeze classes, playing on sports leagues, eating at new restaurants and planning her next travel adventure. She is also the proud granddaughter of an Auschwitz Concentration Camp survivor and goes into classrooms to share her grandfather's story.

​She lives on Long Island with her husband and daughter.